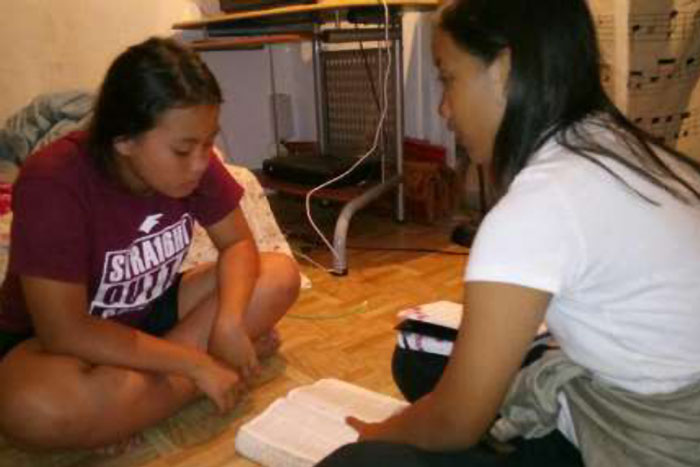 Hser Nay made the decision to run away from home at the age of 15, but after a week away, she decided that it was time to return home. Her family was frustrated and called one of our team leaders to step in and mediate because conversations were becoming tense.

Our team has been ministering to this Buddhist family for a few years, and one of the teenage sons (Lah Kpro) has been following Jesus for 2 years and has multiplied through 4 generations of disciples. Because of his life change and our constant involvement in their lives, when a family emergency happened, they reached out to us for help.

As their family discussed things that have been taking place, the father recognized the stark difference between his children. As he looked at the fruit of his son’s life, his response was both immediate and amazing.

“You must baptize them.”

Through the past two years, even though they know Lah Kpro is a Christian, they have not allowed him to be baptized because that signifies that he is given over to Jesus.

Our team leader spent the next period of time explaining that it is not a matter of just making a decision but that there is a cost associated with being a follower of Jesus—first a complete surrender, second a life surrendered to God’s purposes through your life. Over the next several weeks, the family hosted a Bible study in their home, starting with Hser Nay.

As Hser Nay was impacted by this, she began to invite her friends to come to this Bible study. Hser Nay has been changed, not because of her father’s desire, but because she saw for herself who Jesus is. Through studying the Bible together, she began to ask questions about the Kingdom of God and how she can be a part of the Kingdom.

Now, 6 weeks later, not only is Hser Nay following Jesus, so is her family. She has walked through deep repentance with some of the girls on our team and has taken the gospel to her friends, leading them to begin growing with Jesus.

There have been tons of other items going on as well, too much to list here. Some highlights are:
• Many new believers in the past weeks. Please pray for our teams as disciples continue to multiply. This is exciting, but also a great responsibility for us to help them to develop as disciples.

• The trainings that we have hosted have been hugely impactful, both for them as well as for our team, helping us to continue working in the midst of the communities in which we are embedded.