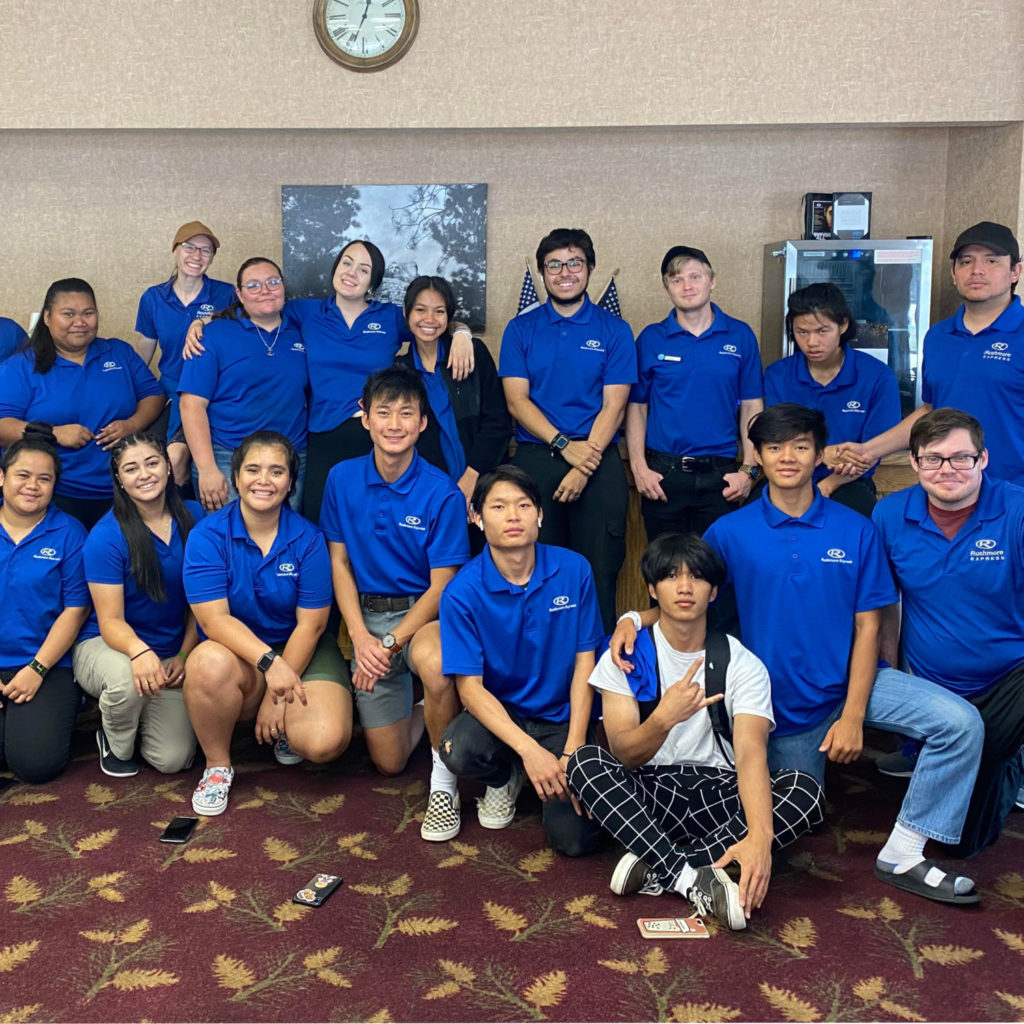 Greetings from The Keystone Project and All Our Disciples in the Nations!

Thank you for all your prayers and faithful support for The Keystone Project. The Lord is moving among many people groups. We receive reports of baptisms almost daily. Christianity has experienced its greatest expansions during times of crisis or social upheaval, and we are seeing this trend today. Pray for those faithful servants of the Lord who labor in places of darkness and persecution. Ask the Lord to give them courage and faith. Someone once said, “You don’t get faith in the lion’s den; you bring faith into the lion’s den.”

Recently, I shared with our redemptive community the story of US Army Master Sergeant Roddie Edmonds, who was captured by German forces at the battle of the Bulge during WWII. Edmonds was only 25 years old and had been on the front line for only five days when he was captured and transferred to Stalag IX-A. Since this was a camp for enlisted men, Edmonds was the senior non-commissioned officer, responsible fort 1,275 American POWs.

On January 27, 1945, the Camp Commandant ordered Edmonds to assemble all the Jewish-American soldiers so they could be separated from the other prisoners.

Defiantly, Edmonds assembled all 1,275 American POWs. Furious, the German commandant placed a pistol against Edmonds’ forehead, and demanded that he identify the Jewish soldiers within the ranks.

Edmonds was a dedicated and devout Christian. He responded, “We are all Jews here.”

Edmonds then warned the commandant that if he wanted to shoot the Jews, he’d have to shoot everyone, and that if he harmed any of Edmonds’ men, the commandant would be prosecuted for war crimes when Germany lost. Edmonds then reminded him that the Geneva Convention required POWs to give only their name, rank, and serial number, not their religion.

The commandant backed down.

Edmonds’ actions are credited with saving 200 Jewish-American soldiers from being murdered. He survived 100 days of captivity, and returned home after the war, but kept the event at the POW camp to himself. He never told anyone. Edmonds later served in Korea. His actions were discovered by his son only after his death in 1985. He received Israel’s highest honor, given to non-Jews who risked their lives to save Jews during the Holocaust – the designation “Righteous Among the Nations.” This is the kind of courage we need today!

Most of you know that The Keystone Project owns and operates a seasonal hotel called The Rushmore Express Inn & Suites in Keystone. This hotel was donated to us, and the Lord has enabled us to use it for the work of our mission. It has beautiful rooms, a small conference room, an indoor pool, and an exercise room. Our students and staff stay at the hotel at no charge during our training programs. While the hotel provides income for The Keystone Project, it certainly does not cover all our expenses. That is why we are grateful for your support and prayers. The hotel serves our mission by reflecting the culture of the kingdom of God in its operations. It also provides us with an opportunity to offer college age students (18-25 years old) the opportunity to participate in a summer internship program. Through that program, we are able to minister to our community and international students who come to Keystone to work over the summer. It also gives us the opportunity to invite adult individuals to come and work with us in the summer to participate in the “Keystone experience.” You can contact us through our website if you are interested in the internship program or working with us at the hotel.

Please pray with us for the tentative ministry schedule we are considering for 2022:

May – India (Dates to be Determined)

Especially pray for the April 4-29 training. Ask the Lord to bring those whom He has chosen and prepared to be at the training. Pray for good health for everyone and for a powerful move of the Holy Spirit through the Word of God and for provision for the training.

We pray for you, that the Lord will bless you and keep you in every way.

The Keystone Project owns and operates Rushmore Express Inn & Family Suites, a hotel stewarded by The Keystone Project and providing complimentary housing for students during our trainings. As one of the most successful hotels in Keystone and located at the base of Mt. Rushmore, we are constantly looking for missions’ opportunities and places where God would use us every day. As part of the television programming in the hotel, we have a dedicated channel that we now use to stream training lessons and encouraging words directly into guest rooms! That means we have the potential to reach 35,000 guests this year with the truth of Jesus Christ! God continues to bless us as we intentionally minister to our guests, staff, and community!

One thing you’ll quickly see if you spend time with us is that mission is very much at the core of what and who we are, whether we are making beds, checking in guests, coaching students during our trainings, or reaching out to international students and guests who come from the nations to Keystone every year.

The Keystone Project has some fantastic paid opportunities in the hotel for individuals and couples who are interested in joining with us as ministry partners here in Keystone SD. If you are a US citizen, we would like to invite you to prayerfully consider if the Lord would be calling you to journey alongside us as we further God’s Kingdom and support the work of the Keystone Project through business as mission.

The hotel season starts in March and ends after the October international training. We are looking for US citizens who are passionate, missional-hearted servants to walk alongside us in a short term (week to 3weeks) or longer (4 weeks to full March to Oct season) employment capacity. Ultimately, we are looking for individuals to fill open positions in the hotel that may include housing and other ministry opportunities. If you are interested, please email contact@keystoneproject.org and we will connect with you soon!

The other day while I was reading, I was blessed by this wonderful word from David Brainard. He says, “It is impossible for any rational creature to be happy without acting all for God. God himself could not make him happy any other way. There is nothing in the world worth living for but doing good and a finishing God’s work. Doing the work that Christ did. I see nothing else in the world that can yield any satisfaction besides living to God, pleasing Him, and doing His will.”

The world is so caught up in all of its foolishness. People are running around, chasing after things that will only make them more discontent and miserable. There are many things that we could busy ourselves with but finishing the work of the Father is the most worthy, most fulfilling, and worthwhile investment anyone could ever make with their life.

We are so grateful for all of your love, prayer, and support. We would like to continue to invite you to pray for us as we prepare for this upcoming summer internship.

Please continue to pray that God would send us the interns that He has chosen for this summer and that they would have a powerful encounter with the Lord during their time here.

Please pray that God would grant us great favor on the mission here. We are praying hopefully that He would send us the right people to engage and that they would be faithful and obedient to answer the call of Christ on their lives.

We recently learned that at some of the hotels near us, there will be at least twenty international students working over the summer. This is great news, as international travel for students through work and travel programs have been severely restricted the last two years due to COVID-19. We are thrilled to see more international students making their way back to Keystone. Please pray that God would open doors for us to share the Gospel with them and call them to discipleship. We are praying that they would be transformed by the gospel, and that we would see them return to their home countries and make disciples amongst their own nations.

Once again thank you, we love you all, and may God bless you.