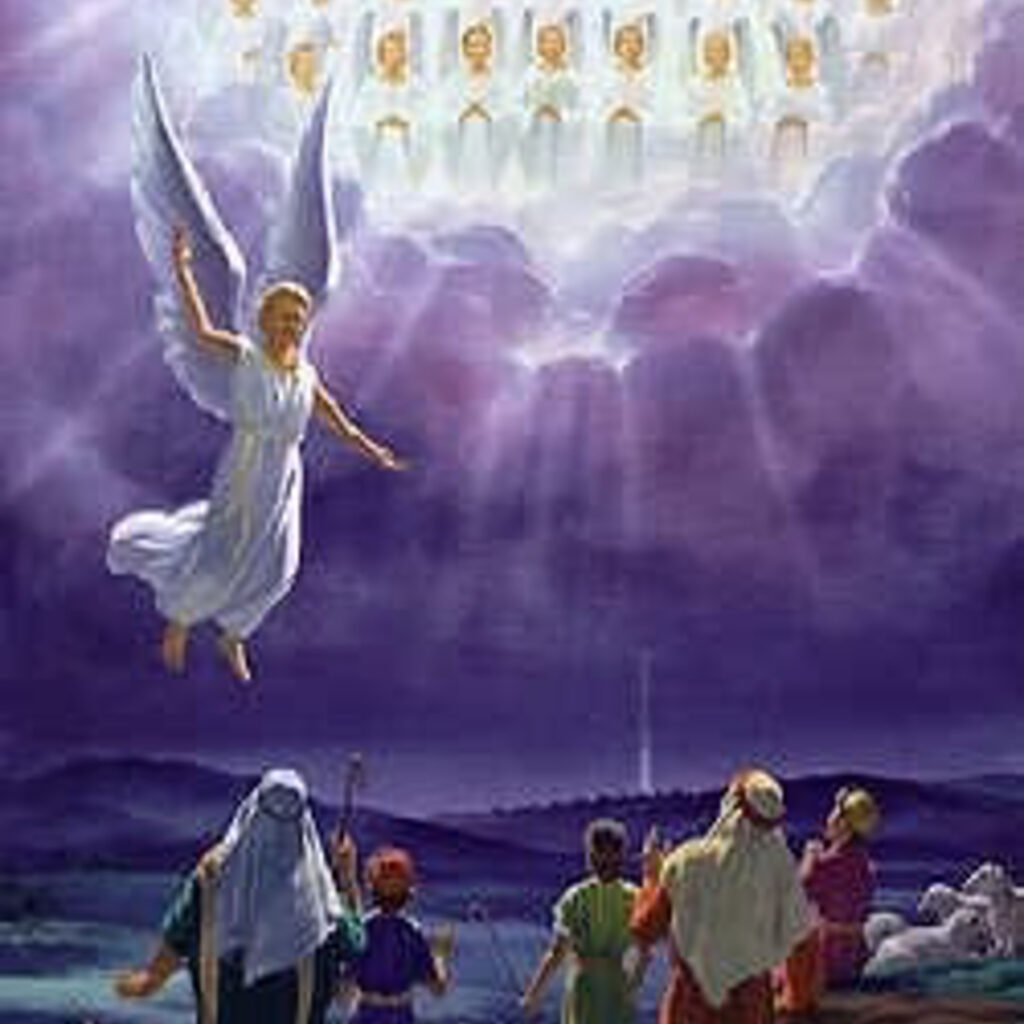 Greetings from The Keystone Project and All Our Disciples in the Nations!

“BUT THE ANGEL SAID TO THEM, ‘DO NOT BE AFRAID; FOR BEHOLD, I BRING YOU GOOD NEWS OF GREAT JOY WHICH WILL BE FOR ALL THE PEOPLE; FOR TODAY IN THE CITY OF DAVID THERE HAS BEEN BORN FOR YOU A SAVIOR, WHO IS CHRIST THE LORD’” (LUKE 2:10-11).

This account of the angels announcing the birth of the long-awaited Messiah to the shepherds is known and retold around the world. It has been portrayed in art, music, literature, and film for all to ponder and enjoy. This “good news of great joy” was proclaimed to lowly shepherds as they watched their sheep in the fields in the darkness of night. Suddenly, the angel appeared, and the glory of the Lord overcame the darkness. The shepherds trembled with fear. In his book, The Life and Times of Jesus the Messiah, Vol 1, page 122+, Alfred Eidersheim wrote that these herdsmen were likely watching over the lambs destined to be sacrificed in the temple in Jerusalem. Because of the nature of their profession, shepherds were classified as being ceremonially unclean by the Jewish religious authorities and were despised in many cultures. Yet it was to these “unclean” men that God chose to announce the birth of His Son, our Lord Jesus Christ. Indeed, this is the way of the Lord: “God resists the proud, but gives grace to the humble” (James 4:6, NKJV). The angels were not sent to the priests, the scribes, or the many rabbis who dominated the religious system of the Jews. They were sent to some of the lowest of the low in Israel. Christ came for the lost, for sinners, for those who are unclean. He came for me. He came for you. He came “for all the people,” for all have sinned and fall short of the glory of God (Romans 3:23). My prayer for you this Christmas is that you will humble yourself before the Lord and receive His gift for you – the precious gift of His Son, our Lord Jesus Christ; and having received this gift, may you then share it with all those around you. In Jesus’ name!

Prayer
• Please continue to pray for our disciples around the world, especially those living and
working in dangerous areas of persecution or where they are affected by the pandemic.
• Pray for the financial success and growth of The Keystone Project.
• Pray for our staff, who work so hard and have sacrificed so much to serve the Lord
through the mission God has given to us.
• Pray also for our upcoming mission trip to the West African nation of Benin.

We thank the Lord for all of you and pray for His blessings in all that you do for His glory!
For God’s Glory,

Through The Keystone Project Online Academy, I took six students on a mission trip to the Sasa tribe in Peru. After the training, the Lord touched two students to take the Gospel to the unreached. Two others attended one of The Keystone Project training events taught by Pastor Toby Lazo in Chiclayo, Peru. We were a team of seven people, including a pastor’s disciple that went with us. Pastor Huaman and I (Charo Chirinos) participated in the training in South Dakota and were also part of the team.

WHERE DID WE GO?

Our objective was the SASA tribe in Alto Marañon in the Awuajun community.

Guided by the Lord, we left Chiclayo for the Port of Imacita. The trip took thirteen hours by bus, and then once we got to Peke, we had to take a small, precarious wooden raft. It took us two hours to get to the tribe of Porvenir, a native Awuajum community where they speak their dialect. There we brought a message of encouragement because they already knew the Gospel. We distributed food and gifts to the children.

The next day, we left in a bigger type of boat, a “Chalupa,” because we went with a load of food to another native community in SASA. This community was our objective because we knew it hadn’t been reached with the Gospel. We left Porvenir from the Marañon River in the morning, and at noon, we went to another river called Cenepa. This river is known for being an area dominated by terrorist groups. We then traveled for about four to five hours and arrived at the SASA port. It started to rain very hard after we finished disembarking. The rain was so thick that we couldn’t see what was in front of us or next to us. It was intense; it looked like a smoke curtain.

The natives of the place helped us with the food because the community was an hour away, the road was rough, and we were all wet. I had to walk without shoes for an hour. We had to be extremely careful of being bitten by giant ants, whose bite can be very dangerous. After crossing five rivers, we arrived at the community. The water’s height was up to our necks. We had to do it quickly because there was the danger that the river could rise. It was very dangerous as the current could typically drag dangerous animals down the river.

We arrived at SASA around 5:30 pm, and the community of about 90 families gathered around us. We were able to distribute food and toys to the children. We presented the Gospel to those who had not given their lives to the Lord. A few years ago, this community had already received the Gospel. However, many people in the community had not yet been touched by the transforming power of the Gospel.

In this community, we were visited at night by the “apu” (ruler) of the community, who was angry, but at the same time, he wanted us to pray because he was in poor health. But he wanted us to reveal to him who had hurt him; he thought we were healers. When our interpreter told him that we were Christians and that we are not diviners but that we could pray for him to give his heart to the Lord, he became very upset with us and threatened our guide in his language and forbade him to translate the meaning for us.

The following day, we were informed that heavy rain was approaching and that we had to leave early; otherwise, the river would rise, and we would not be able to go for many days until the river’s currents decreased. On our return, the current began to drag us because the motor of our boat was tiny, the river was rising due to the rains, and the engine was shutting down. In those moments, we began to pray and praise God, and the motor started working, so we could advance until the gasoline ran out. Eventually, another boat helped us to return to the port without problems. We were glad to have obeyed the Lord.

We prayerfully consider building a place to train more community leaders to go and make
disciples in their neighboring communities.